"360° feedback" is the term used for performance feedback processes that create an all-around (360°) view of an employee's performance by compiling feedback from managers, teammates, direct reports, and others.

With conventional 360° feedback processes and platforms, an employee is usually reviewed by 2-5 raters in a process that takes hours to complete. For most organizations, this is not a scalable process. Additionally, limiting an employee's 360° to a handful of pre-selected raters means results will be heavily influenced by individual biases and less likely to be consistent and constructive for the employee. 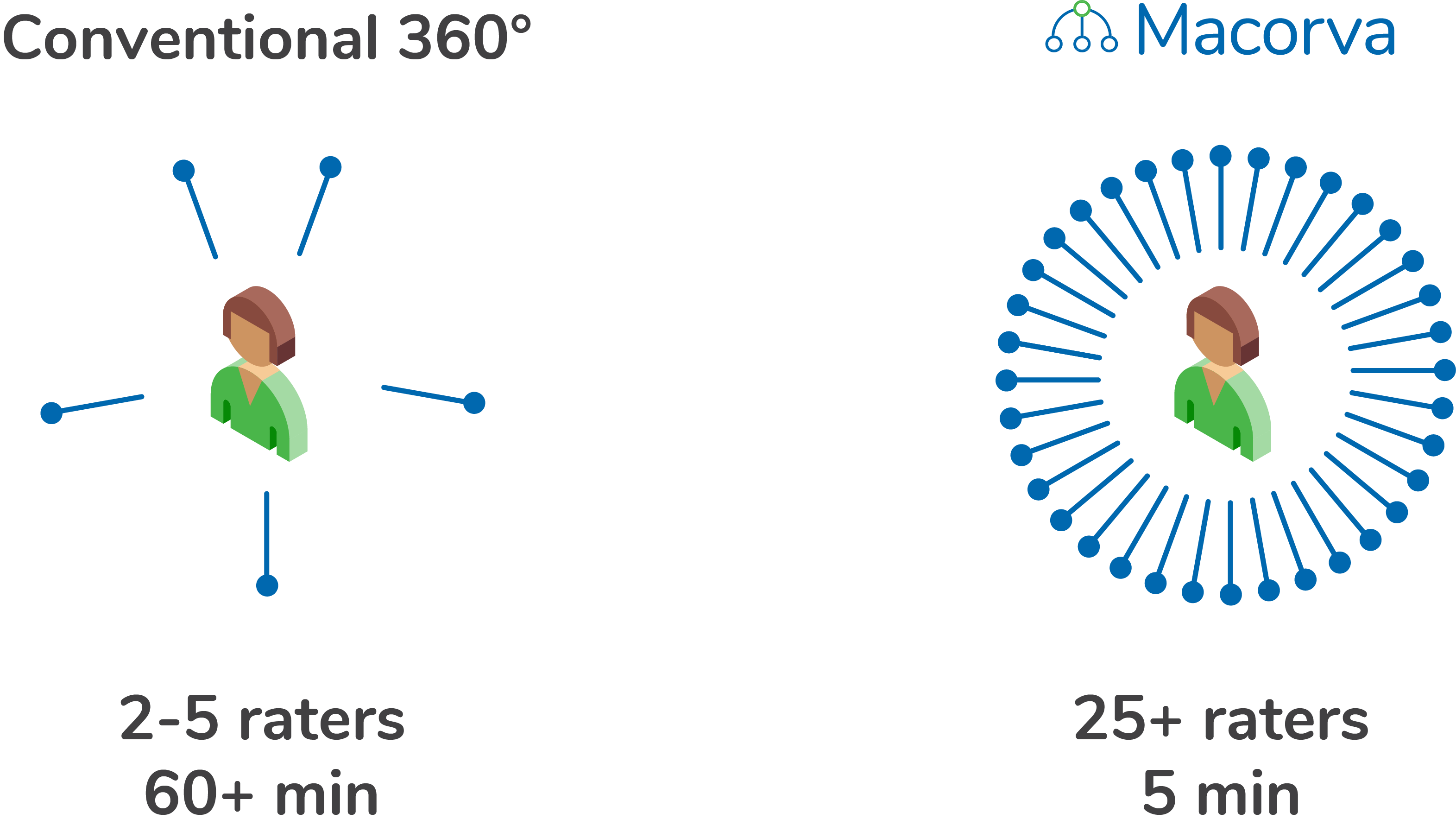 The term "unlimited 360° feedback" refers to our evolution of the 360° workflow. Instead of pre-selecting raters for a handful of employees at a time, we deliver one easy-to-use survey to all employees that empowers them to rate and describe experiences with anyone in the company. The benefits to unlimited 360° feedback include:

Macorva EX automatically generates a list of suggested coworkers for employees to...

Whose results are shown in the "My team" dashboard?

Employees who manage 5 or more other employees will have access to additional das...

How often should we send out 360° feedback surveys?

While you can do them as often as you like, we recommend 2-4 times per year. They...

Yes, Macorva's 360° feedback is fully secure and anonymous. No one will be able t...